skip to main | skip to sidebar

Suddenly the house is so empty with no one to give me treats, no one to secretly sneak onto the bed with, and most importantly, no one to update my blog!

Jie Jie says you've gone off to some far off place for business. Why didn't you take me with you?? =( I am such an unhappy dog.

Its here! Its here!

The morning began nice and early. Mummy woke us up and started getting us ready really early. She says we have to get there early or we won't find a place to park the car. So we got there nice and early but there were other doggies who were even earlier.

Look! There were so may doggies and their family around. All kinds of breeds, sizes and shapes. So exciting. I had a great time sniffing furbutts and making new friends.

Look at all those doggies and their family 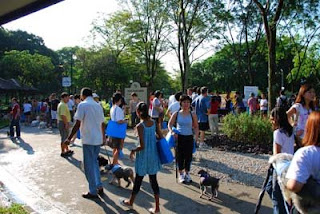 Other doggies waiting for the big start 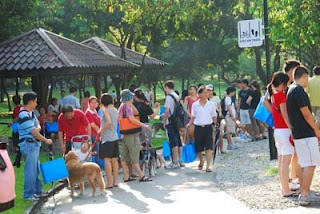 After the registration we hung around poking around and making friends while waiting for the BIG walk to start. 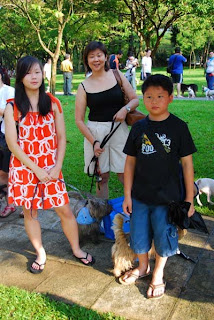 Toto and I waiting for the flag off. Those blue bags are our goodie bags. 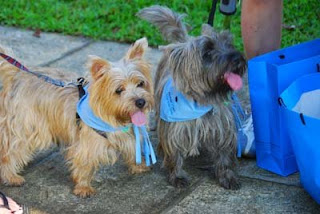 The big flag off! There were so many dogs angling to be the first to start off. It was like a long choo choo train of doggies and their family.

Both Toto and I started off at a run. It was great fun. We tugged at our leads to join the doggies in the front of the train. But of course, Mummy who was holding my lead couldn't keep up and I had to humour her by holding back. Toto was luckier. Jie Jie was holding his lead and the both of them ran to the front of the pack and lead the rest of us along the path. Doggies stopped every now and then to sniff at the stuff along the pathway and of course each other as well. Some even pooped making their parents stop to scoop up the poopie. And of course, all of us peed at one time or another.

Finally we reached the end which was also the starting poing of the walk. There is a big dog run there and our parents took us in and let us off our leads. Toto and I both ran around sniffing at the interesting things. We also made friends with other doggies who were also running around.
Here I am roving around 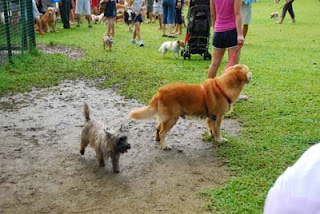 Here's Toto among all the other doggies 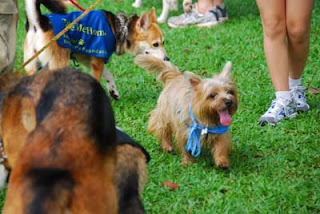 After all the excitement Toto and I were just exhausted. At the end the both of us were just lying in the cool mud (Mummy wasn't pleased) and resting. 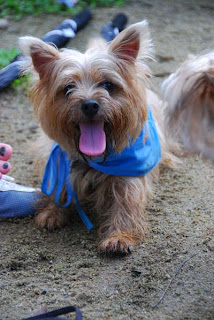 I am already dreaming of next year's Dog Walk when I can come here and do it all over again. 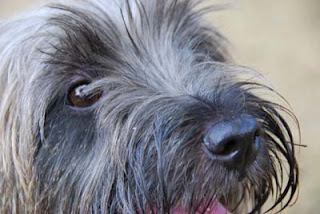 My Kor Kor The Star!

My Kor Kor is a big star! This week my brother premiered in his school play before a packed audience of friends and family. As usual Toto and I were not invited.

My Kor Kor acted the role of Kurt von Trapp in the play The Sound of Music. It is a story about how a noviate (her name is Maria) went to work as a governess for the von Trapp family children. The von Trapp family are a family of 7 (yes seven!) children. My Kor Kor is one of the kids. Can you imagine how many treats their father will have to get to reward them!!

Anyway the father is a mean old sea captain that treats his children like they were his sailors on his ship. Can you imagine he whistled on a loud whistle when he wanted his kids. My parents never did that to me and I'm a furkid!!

Well to cut a long story short, and this is where it gets soppy and eeky! Girls would like this part. Maria managed to win over the hearts of all 7 children. Not only that she made the mean ole Captain fall in love with her. Ha! Ha! Sick! Eeky! All this love stuff.

The exciting part only came when the Captain had to report to the Nazi naval place and become a Nazi Captain. This was all set during the big war that happened way before I was born. The Captain didn't want to become a Nazi so he and his family (Maria and all 7 children) ran away. They were chased by the bad Gestapo but they managed to escape over the mountains into another country.

My Kor Kor singing his heart out. 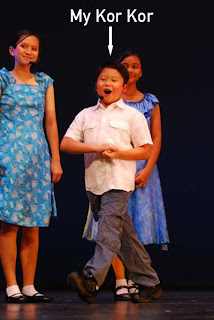 And here he is singing with meanie Captain, Maria and the other 6 children 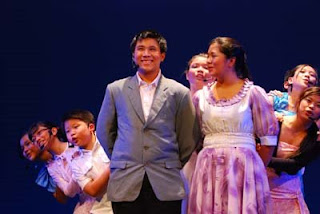 Mummy says that Kor Kor had a lot of hidden talents. He could dance and sing and act! Wish they let me go and see him.
Woofed By Scruffy at 4:30 PM 5 comments:

I'm so excited. I can hardly wait. The local radio station is once again having a Dog Walk. They had one last year and my parents took me. It was really exciting. There were so many furkids and their parents around. I had a great time making friends and sniffing furbutts.
Mummy says we can go again this year. Toto had not been adopted last year so he didn't go. This year will be the first time he is going. I have been telling him all about it and he's also very excited.

Calling all Singapawean dogs! Come to the Dog Walk. We can have a right roaring time. Hope to see you all there.

Don't eat too many easter eggs now. And stay away especially from those yummy chocolate ones. Mummy says they will make us furkids sick.

I have been a very bad boy. I have been too lazy to update my blog for a while. Please, please, please forgive me. Actually also nothing much has been happening.
Last week, my Mummy was sick. She had a throat infection and she spent 3 days away from work. She was really lazy too. All she did during those few days was lie in bed and groan and sound funny. She didn't even play with us much. She says she's too sick. Actually I think she was bluffing. She didn't seem very sick when she watched all the old series for CSI on TV. Anyway now she is better and she also sounds normal.
My Mummy has been moaning and groaning about something else though. She keeps on going on and on about being very lonely. Lonely my foot. She has Toto and I right. Anyway, she says that now Jie Jie and Kor Kor are growing up, they no longer want to go out with her and do things with her. So she is very lonely at home with only Daddy for company. She keeps forgetting about us. Bad Mummy. Anyway, to make her feel better I have been extra good and have kept close to her keeping her company.
Anyway there is one very exciting news though. My good friend Balboa gave me a funky blog award. Thank you soooooo much Balboa. 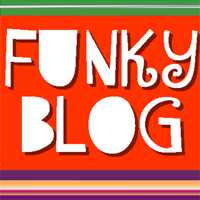 Then there are these little cages on the wheel and hoomans go inside them. Then the wheel turns taking the hoomans up up into the sky. Quite exciting. I wish I could go. But as usual, some hoomans are so un-dog-friendly. They don't allow furkids. Its not fair.

Mummy says it moves really slowly but the view is very very good. She wasn't scared at all. So brave. She could almost see our house (and me of course) from the top. Daddy as usual was too busy taking photos of the flyer and the wheel. Here are some of his photos. Sorry about the wierd colour but they were taken at dusk. Also the funny curved bits is because he used his fish eye lens. Hmmm! Interesting. Do you think Daddy actually caught a fish and took its eye. Then put the eye on his camera.

Singapore Flyer from the ground. 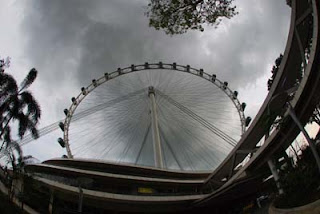 View of Singapore's skyline from the little cages in the wheel. 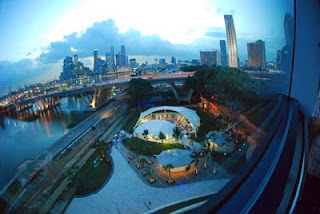 Here is a picture of one of the cages. Quite scary! My parents were actually in one of these things. 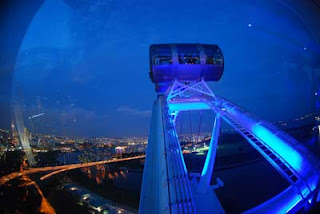 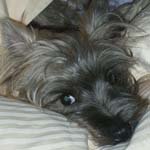 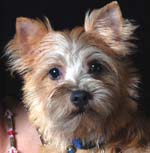 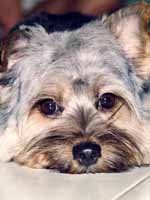 Thanks A Bunch Maya & Kena 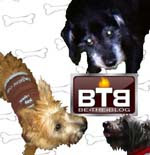 Thanks A Million Precious

THANKS A MILLION SNORTS BALBOA 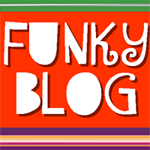